Luau is the first programming language to put the power of semantic subtyping in the hands of millions of creators.

One of the issues with type error reporting in tools like the Script Analysis widget in Roblox Studio is false positives. These are warnings that are artifacts of the analysis, and don’t correspond to errors which can occur at runtime. For example, the program

False positives are especially poor for onboarding new users. If a type-curious creator switches on typechecking and is immediately faced with a wall of spurious red squiggles, there is a strong incentive to immediately switch it off again.

Inaccuracies in type errors are inevitable, since it is impossible to decide ahead of time whether a runtime error will be triggered. Type system designers have to choose whether to live with false positives or false negatives. In Luau this is determined by the mode: strict mode errs on the side of false positives, and nonstrict mode errs on the side of false negatives.

While inaccuracies are inevitable, we try to remove them whenever possible, since they result in spurious errors, and imprecision in type-driven tooling like autocomplete or API documentation.

Subtyping as a source of false positives

One of the sources of false positives in Luau (and many other similar languages like TypeScript or Flow) is subtyping. Subtyping is used whenever a variable is initialized or assigned to, and whenever a function is called: the type system checks that the type of the expression is a subtype of the type of the variable. For example, if we add types to the above program

Subtyping is a very useful feature, and it supports rich type constructs like type union (T | U) and intersection (T & U). For example, number? is implemented as a union type (number | nil), inhabited by values that are either numbers or nil.

Unfortunately, the interaction of subtyping with intersection and union types can have odd results. A simple (but rather artificial) case in older Luau was:

This is an artificial example, but there are real issues raised by creators caused by the problems, for example https://devforum.roblox.com/t/luau-recap-july-2021/1382101/5. Currently, these issues mostly affect creators making use of sophisticated type system features, but as we make type inference more accurate, union and intersection types will become more common, even in code with no type annotations.

This class of false positives no longer occurs in Luau, as we have moved from our old approach of syntactic subtyping to an alternative called semantic subtyping.

AKA “what we did before.”

Syntactic subtyping is a syntax-directed recursive algorithm. The interesting cases to deal with intersection and union types are:

Rather than thinking of subtyping as being syntax-directed, we first consider its semantics, and later return to how the semantics is implemented. For this, we adopt semantic subtyping:

and since subtypes are interpreted as set inclusions:

So according to semantic subtyping, (number?) & (string?) is equivalent to nil, but syntactic subtyping only supports one direction.

NP-hard to be precise.

For example, coloring a three-node, two color graph can be done using types:

Then a graph can be encoded as an overload function type with subtype Uncolorable and supertype Coloring, as an overloaded function which returns false when a constraint is violated. Each overload encodes one constraint. For example a line has constraints saying that adjacent nodes cannot have the same color:

A triangle is similar, but the end points also cannot have the same color:

Now, Triangle is a subtype of Uncolorable, but Line is not, since the line can be 2-colored. This can be generalized to any finite graph with any finite number of colors, and so subtype checking is NP-hard.

We deal with this in two ways:

Hopefully this doesn’t come up in practice much. There is good evidence that issues like this don’t arise in practice from experience with type systems like that of Standard ML, which is EXPTIME-complete, but in practice you have to go out of your way to code up Turing Machine tapes as types.

The algorithm used to decide semantic subtyping is type normalization. Rather than being directed by syntax, we first rewrite types to be normalized, then check subtyping on normalized types.

A normalized type is a union of:

Once types are normalized, it is straightforward to check semantic subtyping.

Every type can be normalized (sigh, with some technical restrictions around generic type packs). The important steps are:

For example, normalizing (number?) & (string?) removes number & string, so all that is left is nil.

Our first attempt at implementing type normalization applied it liberally, but this resulted in dreadful performance (complex code went from typechecking in less than a minute to running overnight). The reason for this is annoyingly simple: there is an optimization in Luau’s subtyping algorithm to handle reflexivity (T is a subtype of T) that performs a cheap pointer equality check. Type normalization can convert pointer-identical types into semantically-equivalent (but not pointer-identical) types, which significantly degrades performance.

Off-the-shelf semantic subtyping is slightly different from what is implemented in Luau, because it requires models to be set-theoretic, which requires that inhabitants of function types “act like functions.” There are two reasons why we drop this requirement.

normalizes to an overloaded function:

Set-theoretic semantic subtyping does not support this normalization, and instead normalizes functions to disjunctive normal form (unions of intersections of functions). We do not do this for ergonomic reasons: overloaded functions are idiomatic in Luau, but DNF is not, and we do not want to present users with such non-idiomatic types.

Our normalization relies on rewriting away unions of function types:

This normalization is sound in our model, but not in set-theoretic models.

Secondly, in Luau, the type of a function application f(x) is B if f has type (A) -> B and x has type A. Unexpectedly, this is not always true in set-theoretic models, due to uninhabited types. In set-theoretic models, if x has type never then f(x) has type never. We do not want to burden users with the idea that function application has a special corner case, especially since that corner case can only arise in dead code.

For these two reasons (which are largely about ergonomics rather than anything technical) we drop the set-theoretic requirement, and use pragmatic semantic subtyping.

The other difference between Luau’s type system and off-the-shelf semantic subtyping is that Luau does not support all negated types.

The common case for wanting negated types is in typechecking conditionals:

This uses a negated type ~string inhabited by values that are not strings.

In Luau, we only allow this kind of typing refinement on test types like string, function, Part and so on, and not on structural types like (A) -> B, which avoids the common case of general negated types.

During the design of Luau’s semantic subtyping algorithm, there were changes made (for example initially we thought we were going to be able to use set-theoretic subtyping). During this time of rapid change, it was important to be able to iterate quickly, so we initially implemented a prototype rather than jumping straight to a production implementation.

Validating the prototype was important, since subtyping algorithms can have unexpected corner cases. For this reason, we adopted Agda as the prototyping language. As well as supporting unit testing, Agda supports mechanized verification, so we are confident in the design.

The prototype does not implement all of Luau, just the functional subset, but this was enough to discover subtle feature interactions that would probably have surfaced as difficult-to-fix bugs in production.

Prototyping is not perfect, for example the main issues that we hit in production were about performance and the C++ standard library, which are never going to be caught by a prototype. But the production implementation was otherwise fairly straightforward (or at least as straightforward as a 3kLOC change can be).

Semantic subtyping has removed one source of false positives, but we still have others to track down:

Thanks to Giuseppe Castagna and Ben Greenman for helpful comments on drafts of this post.

Alan coordinates the design and implementation of the Luau type system, which helps drive many of the features of development in Roblox Studio. Dr. Jeffrey has over 30 years of experience with research in programming languages, has been an active member of numerous open-source software projects, and holds a DPhil from the University of Oxford, England. 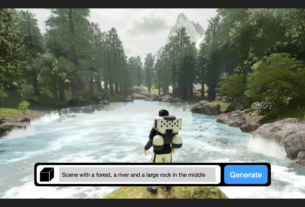 Team Behind the Tech – Creator Group 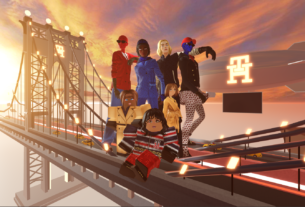